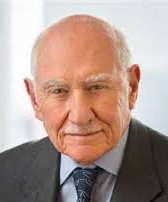 Civil and International Litigation and Arbitration

Barry H. Garfinkel is the senior member of Skadden's International Litigation and Arbitration practice. He formerly headed the group. In addition to handling a broad spectrum of U.S. and international litigation and arbitration, Mr. Garfinkel has been in charge of many of the firm’s more significant appeals. He argues matters in federal and state appellate courts. He formerly headed the firm’s U.S. litigation practice.

Mr. Garfinkel has served as lead counsel in international arbitrations for numerous multinational companies (both U.S. and non-U.S. entities), among others. He has appeared in ICC, UNCITRAL, ICSID, LCIA and AAA arbitrations. Mr. Garfinkel also has served as party-nominated arbitrator in ICC, AAA and ad hoc arbitral tribunals and has served as the chairman of tribunals. He has advised numerous firm clients on the preparation of arbitral clauses in international commercial contracts and overall arbitration strategy.

The matters in which he has acted as both counsel and arbitrator are a broad spectrum, including: construction disputes; investment; joint ventures; sales and distribution; insurance; securities law; oil and gas; corporate and commercial; power and energy; and technology issues.

Mr. Garfinkel is listed as “Leading” in the Chambers USA and Global guides, in Euromoney Publications’ Guide, International Who’s Who of Commercial Arbitrators and The Best Lawyers in America. He is a frequent lecturer on AAA and ICC programs, which he also has chaired. He has written on diverse international arbitration topics, which have been published in Mealey’s and in AAA publications. He also has lectured on international arbitration topics at the Second Circuit Judicial Conference.