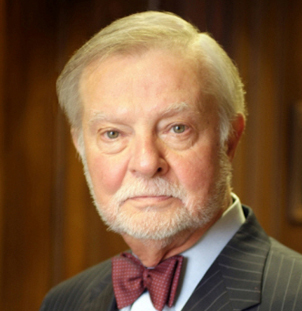 Judge F. A. Little, Jr. served for 22 years, from 1984 to 2006, as the U.S. District Judge for the Western District of Louisiana, including six years as the Chief Judge. He sat by designation on approximately 250 cases on the United States Court of Appeal for the Fifth and Sixth Circuits. In addition to a commercial and transactionally driven practice, Judge Little is active in arbitration, mediation, mock trials and mock appellate presentations.

Judge F.A. Little is nationally known for his expertise in federal estate tax and constitutional law. He taught those subjects at Tulane University Law School while he was an active federal judge. For many years, he created the written and oral examinations used to certify candidates as specialists in taxation and estate tax and administration. Judge Little continues to participate as a speaker at tax institutes throughout Louisiana.

Judge F.A. Little is, since 1977, a fellow in the prestigious American College of Trust and Estate Counsel. After retiring from the federal bench, Judge Little was appointed Chief Judge of the Coushatta Tribal Court. He held this active trial court position until his retirement in September 2014.

His interest lies not only in commercial matters (he is a certified FINRA arbitrator) and taxation (which includes mediation between taxpayers and the IRS), but also as a special master in class action disputes and mediation of attorney fee litigation.