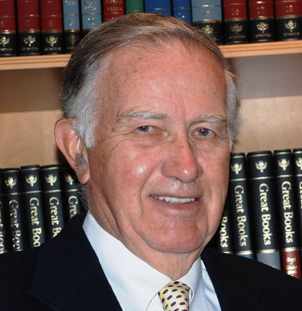 Judge James Davis served as a trial judge at the U.S. Court of Claims in Washington, D.C.; clerked for the late Hon. Giles S. Rich at the former U.S. Court of Customs and Patent Appeals; and was a patent examiner in the U.S. Patent and Trademark Office. He was a partner in the Washington, D.C. office of Howrey & Simon from 1972 to 2005. In 2005, he retired from Howrey and started a solo practice in consulting and ADR work. Prior to joining Howrey, he practiced law in Chicago and Washington, D.C.

Judge James Davis was the founder and chairman of Howrey’s Intellectual Property practice group and has litigated cases nationwide in the Federal District courts, the Courts of Appeals, the International Trade Commission and state courts. His litigation clients included Texas Instruments Incorporated, The Mead Corporation, Litton Industries, Baxter International, Toyota, Nissan, Standard Register Company and the National Geographic Society, for whom he won multi-million dollar judgments and successfully defended infringement charges. He has also been active in alternate dispute resolution matters, serving as arbitrator, mediator and special master in both domestic and international disputes. He was an adjunct professor of law at Georgetown University Law School from 1967 to 1968 and 1995 to 2002, teaching intellectual property/antitrust law.