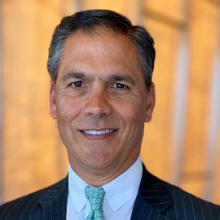 “Find me an expert who lacks expertise.” While this may sound like an oxymoron, it is not an uncommon request when a law firm seeks a former federal judge to serve on a mock panel. The reason: the underlying adjudicator has limited familiarity with the subject matter governing the dispute so the former judge should have the same level of ignorance. Mock often means imitation — the idea where something lacking serves in the place of the genuine item.

Mock trials have evolved from a litigation weapon only used in the biggest of cases, to a tool commonly employed by many major law firms and corporations on a wide variety of cases. Intrinsically, this makes sense. Most professions and leading technology companies have a practice of testing something so that they can perfect their product or service before going full bore in committing to a plan or idea.

Historically, lawyers were understandably reluctant to use mock trials for fear that the results could unduly influence the client (“this is not a strong case”) or subject the lawyers to criticism. However, it is now generally recognized that mock trials conducted with a three-judge panel are an important tool that pro- vide valuable insights to improve the quality of the actual oral argument or trial advocacy. Indeed, in certain situations, it is almost a form of malpractice not to deploy a mock trial for evaluating what arguments will best advance a litigant’s case. As the damages and reputational issues that result from litigation have exploded, the additional costs of hiring an independent mock panel to critique trial counsel and bring a fresh set of eyes to the litigation has become a relatively small in- vestment. A new twist, but for the same reasons, we are also seeing the growth of mock trials in arbitrations (mostly domestic, but some international cases) as well.