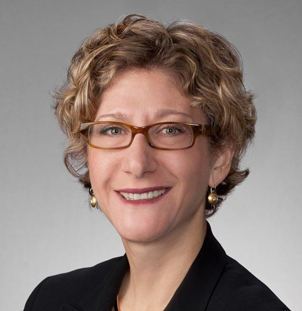 Claudia Salomon is an independent arbitrator, specializing in international, investor–state and complex commercial disputes. She is widely recognized as one of the leading arbitration practitioners of her generation.

Ms. Salomon is a Fellow of the Chartered Institute of Arbitrators. She is a sought after speaker and writer on international arbitration and is the co–editor of Choice of Venue in International Arbitration, published by Oxford University Press.

In Chambers Global and USA, Ms. Salomon has been described as: “on the ball,” “responsive and smart” and “very experienced in complicated international arbitration cases” (2020). Clients praised her as “exceptionally knowledgeable in the subject area . . . and an excellent leader of her team” who has an “incredibly thorough and strategic approach” (2019) and “a real mastery of a broad range of material in the international arbitration field” (2018).

Ms. Salomon is considered “a real leader with stamina, knowledge, expertise and vision” (2016–17); who is “very experienced in complicated international arbitration cases” and “extremely knowledgeable and [a] sophisticated advisor with a balanced approach” (2014–15). She is also highly commended for her expert knowledge of investment treaty arbitrations (2013–14).

In 2019, Crain’s New York Business recognized Ms. Salomon a Notable Woman in Law for her professional skills, exemplary leadership skills and impact on the local community. In 2015, Euromoney Women in Business Law named Ms. Salomon the Best in Commercial Arbitration (Americas). In 2007, Global Arbitration Review (GAR) identified her as one of the world’s top 30 women in international arbitration, and in 2006, GAR identified her as one of “45 under 45” leading international arbitration practitioners worldwide.

Ms. Salomon has experience as arbitrator (chair, co–arbitrator, sole arbitrator and emergency arbitrator) and counsel in more than 100 arbitrations. She has handled arbitrations under common law and civil law, seated around the globe. Her cases have been administered by a wide variety of international arbitral institutions, as well as ad hoc (AAA/ICDR, ICC, ICSID, HKIAC, JAMS, LCIA, PCA, SIAC, UNCITRAL, VIAC).

She recently sat as arbitrator in the following representative disputes:

Other Professional and Civic Activities: