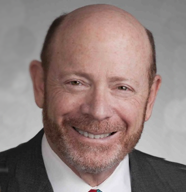 David M. Brodsky is a mediator and arbitrator of complex commercial and financial disputes, including those involving insurance coverage, attorney and accountant malpractice, software licensing, copyrights and trademarks, Foreign Corrupt Practice Act issues, shareholder derivative and class actions, RMBS issues, dissolution of close corporations, and valuation and compensation disputes among partners. Mr. Brodsky is a Fellow of the College of Commercial Arbitrators and of the American College of Trial Lawyers. He was formerly a partner of Latham & Watkins and Schulte Roth & Zabel, where he was a highly-regarded trial lawyer who specialized in the investigation, trial, and resolution of complex financial investigations and litigation. Mr. Brodsky has had more than 50 years’ experience as a federal prosecutor, internal general counsel, private practitioner, arbitrator, and mediator.

Mr. Brodsky is a member of the Mediation Panels of the Federal District Court for the Southern District of New York, the SDNY Bankruptcy Court, and the Commercial Division, Supreme Court of the State of New York, County of New York, and is a Special Master appointed to mediate disputes before the Appellate Division, First Department, in New York. He is also a Distinguished Neutral on the Panels of Hedge Funds, Banking and Financial Services, General Counsel, and NY Region of the International Institute for Conflict Prevention and Resolution.

A Fellow of the American College of Trial Lawyers and a Life Member of The American Law Institute, Mr. Brodsky was also named a member of the National Academy of Distinguished Neutrals and of the New York Academy of Mediators and Arbitrators, and is consistently selected as one of the Top 100 of the Super Lawyers in New York, formerly as a trial lawyer and, since 2012, as an Alternate Dispute Resolution neutral.

Mr. Brodsky has written numerous works on litigation topics, including: