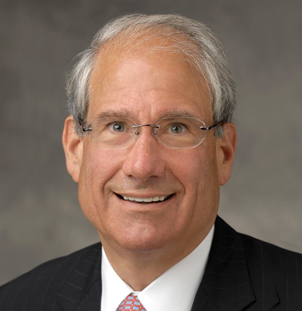 David Ichel serves as a mediator, arbitrator and special master in complex commercial disputes, as well as a law professor at Duke and University of Miami Law Schools. He retired from Simpson Thacher & Bartlett LLP in New York, where he litigated complex civil cases on both sides of the “v” and advised an international array of corporate, association and individual clients for 37 years from 1978-2015, 29 of those years as a partner.

Ichel is a Fellow of the Chartered Institute of Arbitrators (FCIArb), a member of the American Arbitration Association (AAA) Rosters of Commercial and International Centre for Dispute Resolution (ICDR)  Arbitrators and Mediators, the  CPR International Institute for Conflict Prevention and Resolution Panel of Distinguished Neutrals, as well as an ARIAS-US certified Arbitrator and Mediator. He is also a member of the USCIB/ICC Panel of Arbitrators. He has served as a president/chair, party appointed arbitrator, and as a sole arbitrator, and has served in administered FedArb, ICC, JAMS and ICDR arbitrations as well as in ad hoc arbitrations.

Ichel is a member of the American Law Institute (since 1993); the Board of Visitors of Duke Law School (since 2005; Chair 2009-2014); the Advisory Committee of the University of Miami Class Action & Complex Litigation Forum (since 2018); the Board of Mobilization for Justice, Inc. (since 1994; Chair 2000-2002; emeritus 2019-present) and chaired the Product Liability Committee of the New York City Bar Association (2005-2008), which included nationally prominent plaintiff and defense counsel, law professors and judges. He served on the Executive Committee of UJA Federation– Lawyers Division from 1995-2013. He has been admitted to the bars of New York, New Jersey, Washington, DC and numerous United States District Courts, Circuit Courts of Appeal and the Supreme Court of the United States.