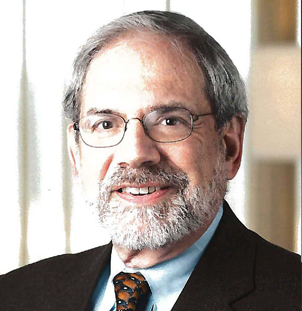 He has recently retired from the Washington law firm of Arnold & Porter, where he started his legal career in 1968. As a litigation partner of the firm (1976-79, 1981-1993, 1994-2007), he was chair of the White Collar Defense practice group and handled complex commercial litigation, including securities fraud, antitrust , banking and accounting matters in federal and state courts. He is a Fellow of the American College of Trial Lawyers and currently serves as President of the Council for Court Excellence, a non-profit organization dedicated to improving the administration of justice in the District of Columbia.

As the Attorney General of the District of Columbia, he was responsible for all of the civil litigation brought for or against the city and all of the appeals from those cases in both the federal and local courts. He also issued formal legal opinions and provided legal advice to the Mayor, his cabinet and the City Council on a wide variety of federal and local legal issues in addition to supervising the general counsel of each of the Mayor’s agencies, including the departments of police, fire, public works, parks and recreation and education. As General Counsel of the House, appointed by Speaker Pelosi, he was responsible for providing legal advice to the leadership and Members of the House and for handling litigation where the official interests of the House, its members or officers were implicated. This included the landmark suit against the Bush White House establishing that senior White House officials are not immune from House subpoenas.

As a senior litigation partner at Arnold & Porter, his diverse practice included representing defrauded companies, such as CBS Radio, Inc. and Roche Diagnostics, in seeking redress from scam artists; defending the Commissioner of Baseball against a major league owner dissatisfied with a ruling setting aside multi-million dollar transactions; defending a major accounting firm in numerous securities fraud cases; defense of the CFO of a major telecommunications company in one of the largest financial scandals in the nation’s history; and the defense of Cabinet officers and U.S. Senators and their staffs in sensitive investigations. During his private practice years, he served as a party-arbitrator and handled arbitrations for an international firm.

Irv was appointed by the Chief Judge of the District of Columbia Court of Appeals to the D.C. Board of Professional Responsibility (2004-08) and served as the Vice Chair of the Board in the last two years of his tenure. He had previously served as a hearing examiner for the Board and prior to that served as the Chair of the Ethics Committee of the D.C. Bar. He has also served for a number of years as an adjunct professor of law at the Georgetown University Law Center, teaching courses in ethics, litigation practice, and local D.C. law. He has also been a visiting professor at the Hebrew University Law School and the University of San Diego law school..