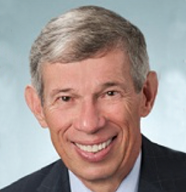 Jerold Oshinsky has more than thirty years of experience litigating insurance recovery cases in federal and state courts throughout the country on behalf of a variety of Fortune 500 companies and others in the chemical, pharmaceutical, financial, food, education and health industries. Chambers USA describes him as "the foremost practitioner at the policyholder Bar," designating him as the only lawyer to be accorded "Star" ranking in its national insurance category for three consecutive years. Additionally, in 2013 Mr. Oshinsky was the sole honoree of the prestigious Chambers "Lifetime Achievement Award."

Mr. Oshinsky litigates some of the most significant, complex insurance coverage issues in the country, applying theories which he developed that have guided insurance recovery law since its inception. He also advises clients about how to maximize their insurance assets. In addition, he is frequently selected as a party-appointed arbitrator in complex insurance coverage disputes. Recently, he has been focusing on issues relating to cyber liability, intellectual property, antitrust and sexual abuse claims, as well as natural disaster cases related to earthquakes and events such as Hurricane Katrina and Superstorm Sandy.

In 2013, Chambers USA included Mr. Oshinsky in its top tier “Band 1” ranking in California in the Insurance: Policyholder category. Legal 500 recognized Mr. Oshinsky in 2011 as one of 13 “Leading Lawyers” nationally in its “Insurance: Advice to Policyholders” category. He was one of Law360’s “10 Most Admired Attorneys” in 2010 and is regularly cited in Best Lawyers, Super Lawyers, and the Lawdragon 500 Leading Lawyers in America. Additionally, Mr. Oshinsky has been recognized as a leader in his field by the International Who’s Who of Insurance and Reinsurance Lawyers every year since 2010. In 2012, he was selected as a Leading Expert in Insurance and Reinsurance by Legal Media Group: Expert Guides.

In addition to his insurance practice, Mr. Oshinsky actively represents clients in pro bono matters and has acted as lead counsel in numerous pro bono immigration appeals. He also frequently lectures and publishes on a wide variety of insurance law topics, and serves as an expert witness in insurance coverage litigation matters. His recent speaking engagements and publications are mentioned herein.