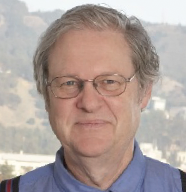 John Burritt McArthur has been serving as an arbitrator for 22 years and working as a trial lawyer, representing plaintiffs and defendants in courts around the country, for 33 years. He has offices in Berkeley California and in Houston and is a past partner of Susman Godfrey LLP in Houston and Hosie McArthur LLP of San Francisco, both firms with national trial dockets. McArthur has been admitted as a Fellow of the Chartered Institute of Arbitrators and, in addition to his listing with FedArb, is on the AAA Complex Commercial Case, Oil and Gas, and National Energy Panels and a CPR Distinguished Neutral for its California and Oil and Gas Panels. He also is listed by various International Arbitration Centers, by the London Court of International Arbitration, and is in the Roster of International Arbitrators. In law school, McArthur was Editor in Chief of the Texas Law Review, a Chancellor, and a member of the Order of the Coif. He is a Phi Beta Kappa, magna cum laude graduate of Brown University. McArthur clerked for Judge Joseph Sneed on the Ninth Circuit after law school. In addition to his J.D., he holds an M.A. in economics, an M.P.A. from Harvard University’s Kennedy School of Government, and has graduate-level economics training from the London School of Economics and a Ph.D in public policy from the Goldman School of Public Policy at the University of California (Berkeley). He has published widely on issues of judicial management, many areas of oil and gas and other energy law, and aspects of economic regulation.

Since 1994, McArthur has served as an arbitrator in a wide variety of complex business disputes, including in energy, antitrust, securities, investment, partnership, electricity, and other business disputes. He is often appointed in cases involving complex economic and damages issues. His largest arbitrations have involved gas sales contracts, a billion-dollar electricity dispute, fuel cell batteries, pipeline compressors, equity investments including securities disputes, commission from sale of a company, antitrust claims, and an offshore oil dispute. His major areas of litigation and arbitration expertise are the following:

Energy, Oil and Gas, Electricity. The energy field is McArthur’s largest single trial and arbitration area. His experience includes all levels of the oil and gas industry; appointments by major oil companies, investors, and royalty owners; and by PG&E in a billion-dollar electricity case.

Antitrust. McArthur began his practice at Houston’s Susman Godfrey in 1983 when the firm focused on antitrust work. He has handled and arbitrated Section One per se and rule of reason claims and Section Two monopolization and attempted monopolization claims. His antitrust experience involves a very diverse range of industries, from tennis balls to jet fighters, pipelines to gasoline and fuel cell pricing and markets.

Investment Disputes, Including Securities Claims. McArthur has extensive experience in investment matters, including in partnership, joint venture, stock, “JOA,” and other equity structures. He has litigated and arbitrated securities claims, including registration claims and alleged schemes to defraud under federal and various state laws. McArthur represented Aetna in a variety of its investment disputes during the early years of his practice.

Insurance. McArthur has experience in claims disputes and also represented Aetna in its investment disputes early in his practice.

Trade Secret, Copyright, and Intellectual Property. While not McArthur’s major practice area, trade secret and intellectual property cases were a major part of the caseload at Hosie McArthur LLP during McArthur’s nine years with the firm. He was involved in the intake, development, or trial of various of these cases.

Mr. McArthur is dedicated to ensuring that arbitration provide just as fair an outcome as the best state and federal courts, all while the parties have a say in whether a dispute, when it occurs, best fits the quicker and more efficient resolution that is the norm in arbitration, or has so much at stake that the parties (not just counsel) truly want fuller federal-style discovery, or needs a different alternative procedure. In each instance well-administered arbitration should be quicker and less expensive than ordinary civil litigation. For a statement of McArthur’s arbitration philosophy, see http://www.JohnMcarthurLaw.com/arbitration.htm. Representative samples of his more than 50 articles on legal issues, including on judicial management, and his recent book on implied covenants can be found at www.JohnMcArthurLaw.com/publications.htm

Mr. McArthur has been acknowledged for his experience by his peers. In 2007, he was elected a Fellow of the Litigation Counsel of America, an elective fellowship that seeks to connect some of the top American trial lawyers. He currently chairs LCA’s energy, environmental, and natural resources group. He is a Fellow of the Chartered Institute of Arbitrators. McArthur has long held an “av” rating from Martindale-Hubbell and is a member of the Million-Dollar and Multi-Million-Dollar Advocates Forum.