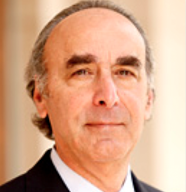 Kenneth Abraham is Harrison Distinguished Professor of Law at the University of Virginia Law School. He combines extensive high-level practice experience as a lawyer and consultant in major insurance cases, with 35 years of writing about and teaching insurance law. He has been heavily involved in hundreds of insurance coverage matters under CGL, D&O, Financial Services, and Property insurance policies, under U.S., Bermuda, London, and other policy forms. He has represented his clients in court and in arbitrations, advised them about the purchase of insurance, helped them decide about making insurance claims, and assisted them in insurance planning. He has served as an arbitrator in both insurance and other matters.

Abraham is one of the nation’s leading insurance law scholars. His casebook, Insurance Law & Regulation (5th ed. 2010), has been used as the principal text in courses on Insurance Law at over 100 U.S. law schools since it was first published in 1990. The author of four books on insurance law and over sixty law review articles, Abraham has been a Visiting Professor at Harvard Law School and Case Western Reserve Law School. He received the 2001 Robert B. McKay Award from the Tort and Insurance Practice Section of the American Bar Association, for “outstanding contributions to tort and insurance law.” He is a Fellow of the American Academy of Arts & Sciences.

Since 1996, Abraham has served on the Council of the American Law Institute (ALI), the board of lawyers, judges, and law professors that governs the ALI. He was one of the organizers of the ALI’s current project on the Principles of Liability Insurance Law, and he serves on the Advisory Board of that project. For nearly twenty years he served on the Advisory Board of the Restatement of Torts (Third). He is a member of the bar of the states of Maryland and Virginia.

Arbitrator, for The Private Adjudication Center, Duke University. In the United States and abroad, I arbitrated over 100 claims by women claiming damages for injuries caused by the Dalkon Shield intrauterine device.

Articles and Chapters in Books

Commission and Advisory Board Memberships