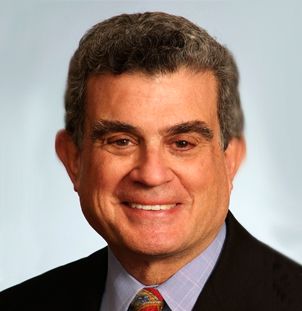 Lee Freeman has been an arbitrator, mediator, trial lawyer and lead counsel in many major complex commercial cases. He is known for his expertise in antitrust cases requiring extensive economic analysis of damages, as well as securities and commodities law, public utilities regulation, ERISA litigation, and cases focusing on accounting issues. He has also been a Chapter 11 Bankruptcy Trustee for an electrical utility.

Mr. Freeman is a member of the bar in Illinois, Montana and the District of Columbia and admitted to practice before the U.S. Supreme Court, nine Courts of Appeals, and numerous District Courts. He has been a frequent speaker on antitrust law and has taught classes at John Marshall Law School and the University of Chicago.

Mr. Freeman is highly ranked by Chambers USA. For example:

Chambers USA 2007, The Client’s Guide: “Legend in the antitrust area,” Lee Freeman [is] credited with a genuine passion for antitrust law, [and] is one of the most eminent individuals in the market. “He’s polished, he’s a gentleman and he’s one of those guys whose word you can take and you know it’s good.”

Chambers USA 2005, The Client’s Guide: “The ‘honorable and engaging’ Lee Freeman attracted much client praise for antitrust and general complex litigation and appellate work. Blessed with a disarming ‘laid back Columbo style,’ Freeman ‘invariably gets the job done efficiently and quickly.’”

“Lee A. Freeman, Jr. was the moving force behind this lawsuit. As counsel to the state-wide governmental classes and co-liaison counsel, Mr. Freeman directed the discovery, took charge of most of the pre-trial motions, and was the dominant counsel at trial. . .

The settlements here occurred only after seven years of extremely contentious and hard-fought litigation on the question of liability, involving massive discovery and some six weeks of jury trial. . . Eaton and Sargent vigorously litigated their defense; they certainly gave no quarter and offered no hope of compromise prior to trial.”

“The [Freeman firm] clearly qualify as skillful and experienced counsel in the field of antirust law. . . . When this court’s order had to be defended in the Court of Appeals and in the United States Supreme Court in the second of the mandamus actions, I had in Lee Freeman, Jr., as able a brief writer and as earnest an advocate as I could have selected. . . .

What is more important, this type of dedicated and zealous representation has obtained excellent financial results for the [public school and library] class members.

Major appellate arguments in U.S. Courts of Appeal are listed in the Appendix.

“The Trustee assumed control of the Debtor and its operations in November of 2011. At that time, the Trustee was faced with a number of obstacles; the Members of the Debtor could not agree on anything, Debtor was saddled with enormous debt associated with the construction of Highwood Generating Station, and the Debtor was burdened with power contracts that required the Debtor to pay rates for power that exceeded the rates available on the open market, to name a few. The Trustee tackled the obstacles head on and achieved, in almost every instance, a positive result. Indeed, this Court applauds the Trustee’s efforts between his appointment in November of 2011 and October 21, 2013, when . . . the Trustee’s efforts removed the deadlock between the Debtor’s Members that paralyzed the Debtor, thereby creating a situation where the Debtor was in a position to be restored as a debtor-in-possession”