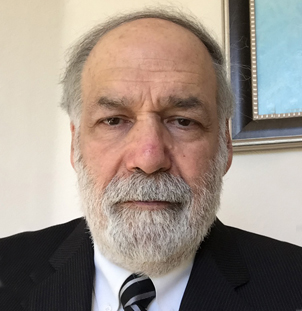 Neil A. Smith is an experienced dispute analyzer and resolver, now available for mediation, arbitration, private judging, discovery and special master service, and other forms of Alternative Dispute Resolution, in patent and other intellectual property and technology cases.

Mr. Smith recently served as the first Administrative Patent Law Judge on the Patent Trial and Appeal Board (PTAB) for the new Silicon Valley Office of the Patent & Trademark Office. He is familiar with the PTAB, its post-grant and covered business method patent jurisdiction, and the intricacies of settlement and dispute resolution of these cases, often with parallel Federal Court litigation.

Mr. Smith has served on the mediation and other panels of US District Court for the Northern District of California since the inception of the ADR program there several decades ago. He is currently on the Mediation Panel of the US Court of Appeals for the Federal Circuit, where early in his career he served as a law clerk to Judge Giles Rich on its predecessor court. He has served, or serves, on several other ADR panels, including for the International Trademark Association, and the World Intellectual Property Organization.

Mr. Smith has been continuously named to “The List of the World’s Leading Technology Neutrals” by the Silicon Valley Arbitration and Medication Center.

Mr. Smith specializes in dispute resolution of patent, trademark, licensing and technology cases, in the federal courts and the Patent & Trademark Office’s Patent Trial & Appeal Board, upon which he served. Mr. Smith is also available to serve as a special or discovery master, expert witness, mock judge, or negotiator, to help parties resolve or handle their disputes or important cases in the courts.

In addition to experience in dispute resolution, Mr. Smith is an experienced and recognized litigator, author, and teacher, on intellectual property and ADR subjects. He has been listed for over 25 years in Best Lawyer, listed in Chambers and Super Lawyers, and was named as IP Litigator of the Year by Managing Intellectual Property.

REPRESENTATIVE PUBLICATIONS:
Author of numerous articles on patent, trademark, copyright law, trade secret protection, ADR, and Internet law issues, including: “Complex Patent Suits: The Use of Special Masters for Claim Construction” 2, Landslide 1, Oct. 2009 (American Bar Association), “The Interface Between Antitrust Law and Trade Secret Law,” 3, The Corporate Analyst, No. 1, p. 134, Nov. 1990, “Fraud Upon the Patent Office as a Violation of the Sherman Antitrust Law,” 53 Journal of the Patent Office Society 337, 423; “The Collateral Estoppel Effect of a Prior Judgment of Patent Invalidity: Blonder-Tongue Revisited,” 55 Journal of the Patent Office Society 285, 363, 436, 1973; “Obtaining Early and Effective Relief Against Trademark Counterfeiting,” 10 COMM/ENT, Hastings College of the Law, No. 4, p. 1049, Summer 1988; author of Chapter 71 entitled “Discovery in Trademark Cases in the Courts and Trademark Trial and Appeal Board for Intellectual Property Counseling and Litigation; author of Chapter 10 entitled “Trademarks, Creation Protection and Valuation,” for The Trademark Law of the United States; author of quarterly column entitled” Ninth Circuit Report,” for “New Matter,” a Publication of the State Bar of California Intellectual Property Section and for ABA Litigation Section; contributing author to book, Risky Business: Protect Your Business from Being Stalked, Conned, or Blackmailed on the Web, by Daniel S. Janal, John Wiley Sons, Inc., 1998. Author, Chapter “New Strategies for Infringement Litigation” Recent Trends in Patent Infringement Lawsuits. Aspotore/Thomson, 2010; Editorial Advisory Board, IP Litigator, Editorial Advisory Board, Internet Law & Business.