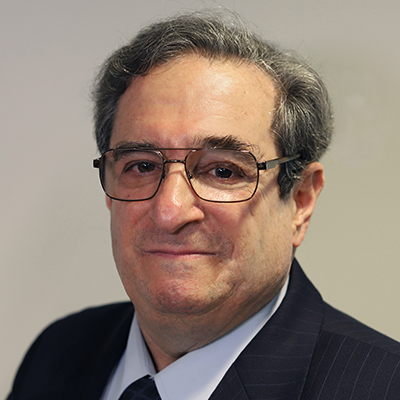 He also served, from 1979-2012, as an active IP practitioner concentrating in patent matters (primarily complex electronic, communications and computer-related and mechanical technologies) and trademark matters; and from 2010 2012 as General Counsel (virtual) for Direct Grid Technologies, LLC.
From 1984-2012, he was in private practice as founding partner of Michaelson & Associates and predecessor firms and in that capacity represented clients ranging from Fortune 50 companies to technology start ups in IP matters both contentious and non-contentious, particularly involving patent and trademark issues. From 1982-1984, he was an associate attorney at Pennie & Edmonds in New York City. From 1979, when he commenced his legal career, through mid-1982, he was a Member of the Legal and Patent Staff at Bell Telephone Laboratories (Bell Labs) in Holmdel, New Jersey.

His experience, gained through several decades of active legal practice and service as a neutral handling complex matters, makes him extremely well-qualified to arbitrate and mediate complex disputes not only involving IP, IT and technology related-issues but also those involving a wide range of other substantive areas.

Arbitrated:
a) International and domestic:

Collectively, I have arbitrated over 500 disputes and mediated over 200 disputes with amounts in contention extending from a few thousand dollars to $ 400‑800 Million.

The significant matters I have handled illustratively include:

Specifically, my experience includes having:

I am also experienced in patent and trademark licensing, including F/RAND licensing.

Between July 1984 – April 2012 (approximately 28 years), I owned and successfully operated my law firm, Michaelson and Associates (and its predecessor firms). In so doing, I was responsible for: marketing, finance, purchasing (including capital asset acquisition and long-term leasing of office space and certain equipment), IT and office automation, personnel (both professional and administrative, including: hiring, termination, supervision, benefits and compensation), billing and all other functions attendant to running a small business. During that time, I had complete and sole “bottom line” profit/loss responsibility.

Member of arbitration and mediation panels of other well-respected and well-known institutions including: SIAC, HKIAC, KLRCA, CPR, BCICAC, FINRA and others.

Member of the “TECH LIST” of the Silicon Valley Arbitration and Mediation Center (SVAMC).

Arbitration and mediation panels of the US District Court – EDNY.