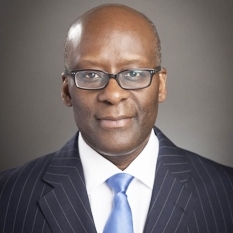 Richard Wilson QC (Queen’s Counsel), LL.D (Doctor of Laws) is a barrister specialising in Commercial and Art Law, and Administrative & Public Law (i.e. judicial review) practising out of Chambers based in London. He is a part-time Judge (sitting in both civil and criminal jurisdictions), an accredited Mediator, and a Visiting Professor of Law at Coventry University, England.

Richard has considerable experience to bring to bear on the Mediation, Arbitration or Early Neutral Evaluation of legal disputes relating to Art & Cultural Property.  Given his 30-odd years experience as an advocate before the highest courts in England, his 17 years sitting as a judge (on a part-time basis) and his time as an advocacy trainer in various international jurisdictions, Richard is well equipped to assist disputing parties in mock trials conducted for the purposes of enabling disputing parties properly assess their prospects of success on an informed basis.

Richard’s Art Law practice group are founder members of the Art Due Diligence Group, a group that was formed to enable full and proper due diligence in high value art transactions. As far as we are aware, this is the first group multi-specialist group of its kind to be formed anywhere in the world.

In an international commercial dispute resolution context, Richard is particularly interested in issues that arise under Bilateral Investment Treaties.  Recently, Richard was involved in the hosting of events in London such as a China Belt and Road Initiative Conference, and a joint Coventry University-Aberdeen University symposium in London that focused on the extraordinary discovery of billions of barrels of commercially exploitable oil in Guyana, South America. That Conference also explored the development issues associated with Guyana becoming a huge oil producing State in the near future.

In June 2019, Richard attended Mauritius Arbitration Week in Mauritius where he chaired the session on Chinese Investment in Africa and the settlement of commercial disputes in respect of the same. Later, in the same week, he spoke on Bilateral Investment Treaties and recent arbitral awards in the mining industry in Africa and Latin America.

Richard is one of the keynote Speakers at the forthcoming Global International Commercial Arbitration Conference in Delhi, India on 7 December 2019. Alongside Justices of the Indian Supreme Court and the Indian Minister for Law & Justice, amongst others, Richard will speak on:

Richard is currently awaiting judgment in the case of Sotheby’s v. Fairlight Art Ventures LLP, which is due to be handed down in December 2019. Considered by many to be one of the most important Art Law cases in English legal history, the case concerns the sale of a painting attributed to Frans Hals (a famous 17th Century Dutch Golden Age ‘Old Master’ painter) to a Seattle based billionaire for the sum of US$ 11,287,500. Richard represents the defendant.

He has appeared as counsel in some notable cases over the past decade.

judgment pending December 2019. Considered by many to be one of the most important Art Law cases in English legal history, the case concerns the sale of a painting attributed to Frans Hals (a famous 17th Century Dutch Golden Age Old Master painter) to a Seattle based billionaire for the sum of US$ 11,287,500. The basic issues raised are privity of contract, partnership, construction of contractual terms, breach of contract, rescission and damages Key inquiries focussed on whether it was the “generally accepted views” of scholars and experts at the date of sale of the painting that the painting was attributable to Frans Hals, and whether Sotheby’s had acted in good faith and consistent with fiduciary duties owed to the Seller when “determining” the painting to be counterfeit.

interpretation of notice provisions relating to breach of an occupier’s licence agreement, under the Mobile Homes Act 1983.

scope of the ‘without prejudice’ rule; interpretation of ‘acknowledgments’ in section 29 of the Limitation Act 1980.

whether misuse of confidential information gave rise to a right to an account of profits.

Whether a defendant that had failed to comply with a relevant pre-action protocol could invoke the Boxall principle in its favour when making a concession that should have been granted at an earlier stage; the relevant principles clarified following the Jackson Review of Civil Litigation Costs.

interpretation of time limitation clause in a contract for sale of goods and services.

(the Divisional Court, Queen’s Bench Division); [2015] 1 W.L.R. 2778. Judicial Review of decision of the Disciplinary Tribunal of the Inns of Court on barrister litigants in person and costs awards; whether barrister litigant in person entitled to professional rates for the litigious work involved in representing herself.

Richard is an accredited Mediator.

“Thank you for your patience and persistence which, coupled with necessary wise counsel at strategic moments, proved highly instrumental in procuring a settlement which seemed very unlikely indeed at an earlier stage” – Solicitor, Derby.

“The dispute has been satisfactorily settled. I believe that your assistance played a very considerable part in achieving this and I am really grateful to you for it” – Solicitor, London.