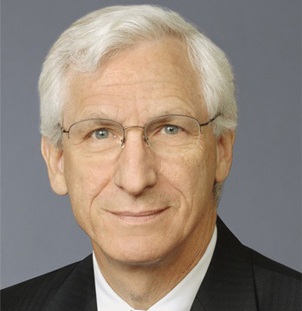 In 1993, Mr. Miller was recruited by the then-head of the Antitrust Division of the U.S. Department of Justice (DOJ) to serve as lead counsel in the first monopolization case brought by the DOJ against Microsoft Corporation.

Mr. Miller has served on the panel of mediators and early neutral evaluators of the U.S. District Court for the Northern District of California ADR program for over 20 years. He has been described as a “first rate mediator” who “quickly earned the trust and respect of both sides…” by participants in the ADR program. He has served as a mediator in patent infringement, copyright, trademark, software and intellectual licensing disputes, and other complex commercial litigation.

Mr. Miller has served as an adjunct faculty member at UC Berkeley and UC Hasting Law School, teaching a seminar on “Antitrust & IP”. He has also been invited to lecture by government institutions and law schools in various countries, including China, Thailand, and several Latin American countries. He has published many articles, including “What to Do Before, During and After IP Mediation”, Law360 (2013); “If Google is a ‘Bad’ Monopoly, What Should be Done?” Law360 (2013); and “Technological Tying and ‘Predatory’ Innovation”, Law360 (2011).

Mr. Miller has been recognized as a leading antirust lawyer by “SuperLawyers”, “Chambers” , “The Best Lawyers in America”, “Who’s Who Legal” and “The Legal 500”. Mr. Miller received his undergraduate degree from Yale University in 1971 and his J.D. from UC Berkeley Law School in 1975. He served as a law clerk for U.S. District Judge William H. Orrick during 1975-1976.

Rated “AV Preeminent” by Martindale-Hubbell. Recognized as a leading antitrust attorney by “Super Lawyers”; “Chambers” “Best Lawyers”; and the “Legal 500”; Served as Committee Chair of Antitrust Litigation Committee of the ABA Litigation Section.

Comments from opposing counsel in a recent mediation

“Sam Miller recently served as mediator on an extremely contentious trade secret case, in which I defended a corporate officer against claims of alleged trade secret theft by his former employer. At the time of the mediation, the case…was marked by a high level of animosity and distrust among the parties and counsel. All previous attempts at settlement had been futile. Against all odds, Sam settled our seemingly intractable case. Sam deftly negotiated a settlement-in-principle during the course of a long mediation that lasted hours beyond the end of the work day. After that, he displayed remarkable grit and persistence in his ongoing efforts to see the settlement through to completion….I would recommend him without hesitation for other cases, particularly for difficult, complex or acrimonious matters.”

“I saw first hand [Sam’s] devotion to the science and art of the neutral role in a complex federal case that had failed three other mediation attempts….Everyone on all sides ( of this complex multi-party case) applauded the process and the outcome…”