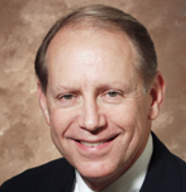 An experienced trial lawyer with dozens of cases tried to completion, he successfully defended Michael Crichton, Steven Spielberg, Amblin’ Entertainment, Universal Studios and Warner Bros. in a lengthy jury trial in which a writer alleged that the script for the film “Twister” had been taken from an earlier work in violation of the Copyright Act. Acting with another firm as lead trial counsel, Mr. Rovak obtained a jury verdict in favor of all defendants. He has represented Fortune 100 chemical and drug producers in distribution and contract disputes, including the trial of an action against a major oil producer resulting in a jury’s award to his client in excess of $21 Million. Mr. Rovak has substantial experience in grain industry transactions and litigation over grain sales operations.

He was senior trial counsel defending a major biotechnology firm in thirteen class actions consolidated in the Federal District Court in Saint Louis; the cases were class-actions brought by farmers and raising price-fixing and monopolization allegations regarding genetically-modified seeds. He has successfully represented other biotechnology concerns in disputes over the sale of plant technology, and has defended such businesses in disputes ranging from product distribution practices to alleged personal injuries. He has represented plaintiffs and defendants in such diverse industries as insurance, securities, medical products and franchising in both individual and class actions; this representation includes handling such matters in bankruptcy courts. In real estate litigation he tried the most significant condemnation action in St. Louis history, which involved the redevelopment of the central corridor of downtown St. Louis. He successfully represented the plaintiff in a chemical process patent dispute between two of the world’s largest producers of bulk food products.

Mr. Rovak represented one of the largest London reinsurance brokers in successful trials in federal courts over various international reinsurance issues. This representation includes disputes over broking practices, the interpretation of quota share treaty provisions, disputes over the broking and operation of facilities for the writing of aviation insurance, the operation of reinsurance intermediaries, and related issues.

Mr. Rovak has represented franchisors in a number of trials, and frequently advises franchise clients on the franchisor/franchisee relationship.

Prior to joining Dentons, Mr. Rovak chaired the litigation department at Peper, Martin, Jensen, Maichel & Hetlage in St. Louis, where he was a partner for over 14 years.

Mr. Rovak has particular expertise in alternative dispute resolution. He is on CPR’s Panel of Distinguished Neutrals, and was the Chair of the Commercial Advisory Committee of the American Arbitration Association’s St.Louis Region. He is on the American Arbitration Association’s Construction Industry Panel, the Commercial Arbitration Panel, the Large, Complex Case Panel. He was on both the AAA’s National Commercial Arbitrator Training Faculty, and its National Construction Arbitrator Training Faculty.

Formerly a Colonel in the U.S. Air Force Reserve, Mr. Rovak served as a legal advisor to the Air Mobility Command, the world’s largest purchaser of air charter services. He was instrumental in formulating the Air Force’s position in both the Pan American and TWA bankruptcies, and is the drafter of the U.S. Air Force’s safety regulation for air charter carriers. He designed the system now in place which implements Congressionally mandated review of air carriers on Department of Defense missions. More recently, he was the senior Reserve Judge Advocate at the Air Warfare Center at Nellis AFB, Nevada. He has served in the Pentagon in the Litigation Division of the Office of the Judge Advocate General. His military career began in the U.S. Army’s 82d Airborne Division, and prior military service includes parachute operations and related training.