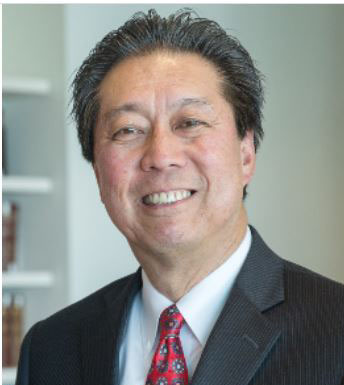 Cedric Chao has led big-law teams for years in high stakes and precedent setting cases in U.S. courts and international arbitration tribunals. He is an arbitrator, mediator and special master and advises clients on cross-border disputes.

Mr. Chao was a partner for 29 years at Morrison & Foerster, LLP, where in addition to his US courtroom practice, he established in the late 1990’s and then led and co-led the firm’s international litigation and arbitration practice. In 2013, he lateraled to DLA Piper LLP (US) where he served as the US head of the firm’s international arbitration practice. Mr. Chao’s experience as first chair advocate in five disputes where the amount at issue exceeded $1 billion and in multiple others where the amount was in the hundreds of millions of dollars, his comfort with complex commercial and technology disputes, his familiarity with many industries and fields of practice, and his work with clients and firms across continents, gives him a “big picture,” multi-cultural advantage in resolving disputes.

Earlier in his career, Mr. Chao worked as a federal prosecutor in the U.S. Attorney’s Office, Northern District of California (1978-81) where he prosecuted federal crimes ranging from drugs and gun offenses to business fraud, and where he first learned how to try cases to juries. Prior to that, he was a law clerk to U.S. District Judge William Orrick, Northern District of California (1977-78).

In September 2018, Mr. Chao was named by California’s legal publication, The Daily Journal, as one of California’s “Top 100 Lawyers.” He also received the Daily Journal’s prestigious “2019 California Lawyer Attorney of the Year” award for thought leadership and longstanding efforts to bring international arbitration to California. He is included in Global Arbitration Review’s “International Who’s Who in Commercial Arbitration. He is the co-author, with the Honorable Daniel Weinstein, of the chapter on mediation in Thomson Reuters’ leading treatise Business and Commercial Litigation in Federal Courts (4th ed. 2016).

Mr. Chao is a U.S. member of the ICC Arbitration Commission and previously served on the 6-member USCIB/ICC Arbitrator Nomination Committee for U.S. disputes. He served as one of 31 advisors to the American Law Institute project to draft the Restatement of the U.S. Law of International Commercial and Investment Treaty Arbitration.

Mr. Chao received his Bachelor of Arts degree from Stanford University, concentrating in Economics and graduating with Distinction and Departmental Honors. He received his Juris Doctorate degree from Harvard Law School (1977).