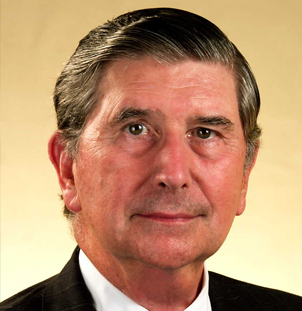 Judge E. Norman Veasey is the former Chief Justice of the Delaware Supreme Court, having served a 12-year term through May 2004. After his retirement, he was a Senior Partner at Weil, Gotshal & Manges LLP, until the end of 2013, and he now concentrates on serving as an arbitrator, mediator, special master, and provide other neutral services in complex corporate, contract, and commercial litigation.

During his tenure as Delaware Supreme Court Chief Justice, and thereafter, the United States Chamber of Commerce ranked Delaware’s courts first in the nation for their fair, reasonable, and efficient litigation environment. Chief Justice Veasey has been credited with leading nationwide programs to restore professionalism to the practice of law and to adopt best practices in the running of America’s courts. In 2004, his final year of service in the Delaware Supreme Court, he was awarded the Order of the First State by the Governor of Delaware, the highest honor for meritorious service the State’s governor can grant.

As Senior Partner at Weil, he served as a strategic adviser to the firm’s roster of prominent global clients on a wide range of issues related to mergers & acquisitions, restructuring, and litigation. He also advised on corporate governance issues involving the responsibilities of corporate directors in complex financial transactions and crisis management.

During 1992-93, Chief Justice Veasey was the editor of Volume 48 of The Business Lawyer, the scholarly legal journal published by the Section of Business Law of the ABA. He is co-author, with Weil’s Christine Di Guglielmo, of a book, published by Oxford University Press, on the challenges of modern-day corporate general counsel. The book is entitled, E. Norman Veasey & Christine T. Di Guglielmo, Indispensable Counsel: The Chief Legal Officer in the New Reality (2012). The Wall Street Journal recently called it “a field manual to aid [chief legal officers] with their new tasks.” (March 9, 2012)