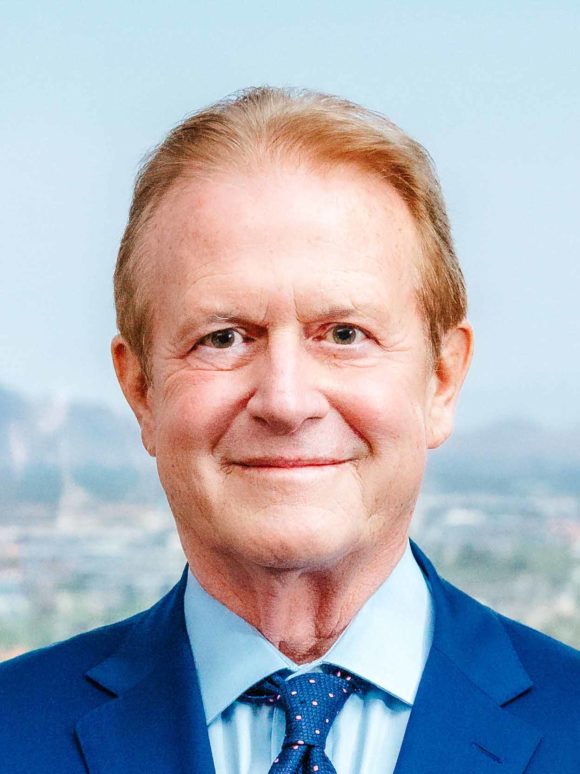 Don Bivens is a renowned and trusted litigator, mediator and arbitrator based in Phoenix. He is the former Chair of the American Bar Association’s 55,000- member Section of Litigation. His peers rank Don as a Best Lawyer across five practice areas: (1) bet-the-company litigation; (2) intellectual property litigation; (3) securities litigation; (4) banking and finance litigation; and (5) commercial litigation. Don has three times been recognized as “Lawyer of the Year” in Banking and Finance Litigation.

In the American Bar Association, Don has served on the national Board of Governors, and its Executive Committee.   He currently chairs the ABA Center of Innovation, and he is a former chair of the ABA Standing Committee on Technology and Information Systems.   He represents the Section of Litigation in the ABA House of Delegates.

The Supreme Court of Arizona in 2016 appointed Don to chair the Court’s Committee on Civil Justice Reform, where he presided over sweeping changes to the Arizona civil rules to make litigation more efficient and less costly in Arizona courts.  In 2019 the Supreme Court appointed Don to the Task Force of the Delivery of Legal Services, which initiated major changes to Arizona’s rules of professional conduct, creating a new tier of non-lawyer legal service providers, and permitting non-lawyers to own law firms and share fees with lawyers.  Don currently sits on the Arizona Judicial Counsel, which is the highest advisory board to the Arizona Supreme Court.

In private practice for 40 years, Don has represented an unusually diverse range of clients in complex commercial litigation and technology disputes.  He clients included Fortune 100 companies, tech companies, entrepreneurs, and law firms.  He has participated in well over 100 complex trials, mediations, and arbitrations.

Don’s broad experience acquired over four decades of private practice makes him exceptionally qualified to help parties and their counsel as a mediator or arbitrator.  Don also participates as a judge in moot courts, and he serves as an expert witness or special master in complex cases.