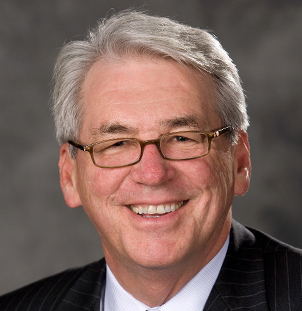 Judge David Folsom served as a United States District Judge, Eastern District of Texas, from April 14, 1995, to March 17, 2012. Judge Folsom was nominated by President William Jefferson Clinton on October 6, 1994, and received his commission on March 17, 1995. Judge Folsom presided over cases in the Texarkana, Marshall, and Sherman divisions and served as Chief Judge of the Eastern District of Texas from January 1, 2009, to December 31, 2011. During his 17-year tenure, Judge Folsom conducted over 250 trials, presided over hundreds of patent cases, and held approximately 75 claim construction hearings.

During his tenure, Judge David Folsom served by designation on the Courts of Appeals for the Fifth Circuit and for the Federal Circuit. At the Federal Circuit in March 2010, Judge Folsom served on a panel with Chief Judge Paul R. Michel and Chief Judge Randall R. Rader, as well as on a panel with Judge William C. Bryson and Judge Kimberly A. Moore. Judge Folsom heard oral argument in notable appeals such as Dow Jones & Co., Inc. v. Ablaise Ltd., 606 F.3d 1338 (Fed. Cir. 2010), regarding subject matter jurisdiction in patent cases, and Wyeth Holdings v. Secretary of Health and Human Services, 603 F.3d 1291 (Fed. Cir. 2010), regarding patent term extensions.

Since his retirement from the bench, Judge Folsom has started a career in mediation and arbitration with a primary focus on mediating patent cases.

Judge Folsom served on the Advisory Council for the US Federal Circuit – 2012-2018:

Judge David Folsom was appointed to serve a three-year term on the Advisory Council for the United States Court of Appeals for the Federal Circuit, effective October 1, 2012. He was appointed to serve a second three-year term, effective October 1, 2015. The Advisory Council serves to study the rules of practice and internal operating procedures of the Federal Circuit and to make recommendations to the court concerning rules and procedures. The Advisory Council also serves as a conduit between the bar, the public, and the court concerning rules and procedures.