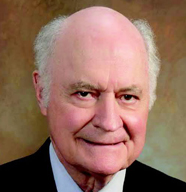 Judge Edward Cahn is a member of Phi Beta Kappa, Lehigh County and Pennsylvania Bar Associations, Judicial Conference of the United States from 1994 to 1996, Judicial Conference for the Third Circuit Court of Appeals from 1993 to 1998. He was a Tresolini Lecturer in Law at Lehigh University. Judge Cahn is a certified panelist of the National Patent Board. He is a member of the Donald E. Wieand, Sr., American Inn of Court. Judge Cahn was Adjunct Professor of Law at Rutgers-Camden Law School from 1985 to 1989. Judge Cahn maintains offices in Allentown and Philadelphia.