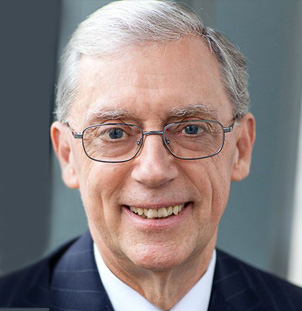 In 1996, Judge Feess was appointed to the Los Angeles County Superior Court where he served for three years. In 1999, he was nominated by President Clinton to serve as a United States District Judge in Los Angeles, California. During his more than 15 years on the federal bench, Judge Feess presided over several hundred criminal prosecutions and more than 6,000 civil lawsuits, including many disputes involving intellectual property rights, securities and corporate governance, and rights under government contracts. For ten years, Judge Feess presided over the implementation of the federal consent decree that mandated substantial reforms of the Los Angeles Police Department, and handled more than 200 federal civil rights actions arising from the Rampart Division Scandal. During his nearly 19 years of service as a judge on the state and federal courts, Judge Feess presided over between 200 and 300 trials.

From 1990 to 1992, Judge Feess was a partner with Jones Day LA, where he was the head of the litigation group. During that period, he also served as Deputy General Counsel to the Christopher Commission on the Los Angeles Police Department and participated in drafting the Commission’s final report to the Mayor, City Council, and Chief of Police. From 1992 to 1996, Judge Feess was a litigation partner at the then-recently formed law firm of Quinn Emanuel Urquhart & Oliver. At both firms, he was lead counsel on major business litigation for corporations such as TRW Inc., Hughes Electronics, and Parsons Engineering. A major portion of his practice was devoted to the defense of False Claims Act litigation brought under the Act’s qui tam provisions.

Judge Feess has been active in the Judge Paul R. Michel Intellectual Property Inn of Court since its inception. He served as its Counsel in 2011, and its President in 2012 and 2013. He has served on several panels dealing with current issues in patent litigation. Judge Feess has presided over hundreds of intellectual property disputes, including cases involving patents, copyrights, trade secrets and trademarks. He has handled patent cases involving mobile wireless networks, forensic software, complex movie camera systems, laser dental technology, devices used in ophthalmological surgery, and business methods with implications under the Hatch Waxman Act.

In the copyright arena, Judge Feess presided over disputes regarding ownership and copyright infringement issues relating to major motion pictures, including Watchmen, We Are Marshall and The Dukes of Hazard, and numerous television programs including The Biggest Loser, Big Brother, Heroes and Vegas. Judge Feess also handled many trademark infringement and counterfeiting cases including suits brought by Chloe and other luxury brand owners against a Saudi Arabian business catering to manufacturers of so-called “replica” products, and a series of 1400 lawsuits brought by Altria Group over the manufacture and sale of counterfeit Marlboro cigarettes.

During his tenure on the district court, Judge Feess also presided over two MDL air crash cases – the crash of Singapore Airline Flight 006 during takeoff from Taipei, Taiwan, in October 2000, and the Spanair crash of flight 5022 on takeoff from Madrid, Spain, in August of 2002. In addition, he also presided over a series of consolidated cases involving a helicopter crash in the Idaho wilderness in 2010 during a wildlife survey.