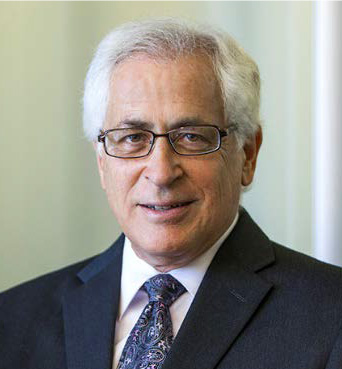 Hon. A. Howard Matz was appointed by President Bill Clinton as a Federal Judge of the United States District Court for the Central District of California (Los Angeles) and served for 15 years between 1998 and 2013. He presided over numerous noteworthy cases and several of his decisions were ultimately adjudicated by the Supreme Court. Judge Matz served on many judicial committees, including the Ninth Circuit Model Jury Instructions Committee. Judge Matz was the first recipient of the “Vanguard Award” bestowed by the California State Bar for his contributions to intellectual property jurisprudence. Following his retirement from the bench, the Los Angeles Chapter of the Federal Bar Association sponsored an unusual Tribute Dinner honoring his service as a judge.

Judge Matz also served in the mid-70s as Chief of the Fraud and Special Prosecutions Unit in the United States Attorney’s Office for the Central District of California. He left to be a partner at Hughes Hubbard & Reed and in 1983 started his own law firm, then known as Bird, Marella, Boxer, Wolpert & Matz. In private practice, he represented an unusually diverse range of clients in commercial litigation, in both state and federal court, in a wide variety of complex cases. His clients included Fortune 100 corporations, as well as individuals, lawyers and law firms. He was inducted into the American College of Trial Lawyers in 2016.

His experience acquired in almost five decades of private practice and on the bench makes him exceptionally‐qualified to assist parties and their counsel in resolving disputes through arbitration or mediation, in conducting moot courts and in serving as an expert witness or Special Master. In 2019, he was invited to be a Fellow in the College of Commercial Arbitrators.

Arbitrations and Mediations re Insurance:

Judicial Rulings re Copyright and Trademark:

Arbitrations and Mediations re Intellectual Property:

Judicial Rulings re Labor and Employment:

[The following summaries do not include the numerous cases that Judge Matz handled involving ERISA coverage issues; wage and hour claims; claims for discriminatory workplace violations and ADA claims; claims by union members against their union for breach of the duties impose by the NLRA; and claims for wrongful termination.]

Arbitrations re Labor and Employment:

Judge Matz presided over the first-ever criminal jury trial brought under the FCPA against a corporation. Before trial he issued a precedent-setting ruling defining the nature of and scope of the key term “foreign official” under that Act. See United States v. Aguilar, 783 F. Supp. 2d 1108 (C.D. Calif. 2011). The ensuing trial initially resulted in a guilty verdict for most of the defendants. Following that verdict, he granted defendants’ motion to vacate the conviction because of government misconduct. 831 F. Supp. 2d 1180 (C.D. Calif. 2011).

Judge Matz has served as a panelist or speaker at numerous conferences, symposia, law school seminars or moot courts and civic organizations, including the following: