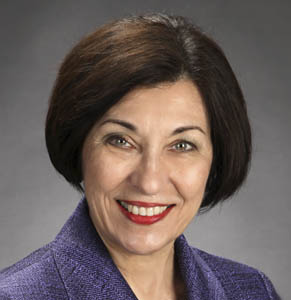 Judge Fitzgerald has hundreds of reported decisions in cases she adjudicated.   As a judge, she held hearings, status conferences and trials and adjudicated cases, negotiated settlements, addressed and decided discovery disputes.   She has also overseen the settlements in thousands of matters.  During her tenure on the bench, she handled more mass tort bankruptcies than any other sitting judge. Judge Fitzgerald began her legal career as a judicial law clerk (1973-1976) and then moved into litigating criminal and civil federal cases as an Assistant U.S. Attorney (1976-1987).

She has been retained as an expert witness in a variety of insurance, commercial and financial disputes and regularly consults regarding bankruptcy substantive and procedural quandaries.  She has served as a court-appointed receiver, and has personal experience working through complex financial and political problems based on the divergent interests of multiple parties and state and federal agencies. She has served as a judge for moot summary judgment arguments including financial and ISDA matters and has successfully mediated complex issues.

Judge Fitzgerald recently re-joined the faculty of the University of Pittsburgh School of Law and holds the title of Professor of Practice. While on the bench she was an adjunct professor and taught Bankruptcy (basic and advanced) for over ten years.  Through June 2015, she was a tenured Professor of Law at the Indiana Tech Law School.   She has taught Contracts, Commercial Transactions and a variety of Bankruptcy courses, and is preparing to teach Remedies and other subjects.  Judge Fitzgerald graduated from Pitt’s School of Law in 1973 with a J.D.  Her undergraduate degrees were also conferred by the University of Pittsburgh: a B.S. in Psychology and a B.A. in English Writing with a minor in Political Science.  She did some graduate work in International Relations Theory.  She was an Assistant Editor of the American Bankruptcy Law Journal, a peer-reviewed journal published by the National Conference of Bankruptcy Judges.

Her many awards and recognitions include her election as President of the National Conference of Bankruptcy Judges, her selection as Chair of several automation enhancement projects for the Administrative Office of the U.S. Courts, her receipt of “The Lawrence P. King Award for Distinction in the Field of Bankruptcy” and the designation of the title of an American Inn of Court that she co-founded as the “Judith K. Fitzgerald Bankruptcy American Inn of Court.”

Since entering private practice, She has served as mediator, expert witness and advisor regarding the post-confirmation impact of certain plan or trust provisions on various matters as diverse as contract or indemnity damages, settlement negotiation practices, malpractice claims, allocation of fees, restructuring, trust resolution mechanisms, personal injury claims, environmental matters and insurance/reinsurance disputes. She has testified as an expert in the United States District Court for the Western District of Pennsylvania, in the Court of Federal Claims, in the Common Pleas of Allegheny County, Pennsylvania, and in an arbitration conducted in Dallas, Texas, as well as in depositions in cases pending in New York; Washington, D.C; Arizona; Texas; Washington (state); and Pennsylvania. In one case, her expert report was accepted, without testimony, by the United States Bankruptcy Court for the Southern District of New York.