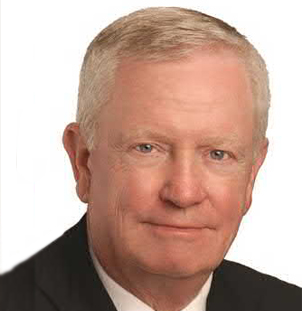 A retired U.S. Bankruptcy Judge for the District of New Jersey. While on the bench, Judge Lyons earned a reputation for helping parties settle their disputes in his cases and for his colleagues in the U.S. Bankruptcy Court for the District of New Jersey. He completed the first bankruptcy mediation training offered by the American Bankruptcy Institute and St. John’s University School of Law. Most recently, he was appointed to the Panel of Mediators for the Bankruptcy Courts in Delaware and the Southern District of New York. He is on the Roster of Mediators for the American Arbitration Association.

With the approval of the Third Circuit Court of Appeals, Judge Lyons served as mediator for the U.S. Bankruptcy Court for the District of Delaware. Among his most well-known and significant mediations is the Chapter 11 case filed by bank holding company Washington Mutual, Inc. following the largest bank failure in history. The mediation, which was covered by major news outlets across the country, led to a bankruptcy exit plan valued at $7 billion and spawned mediation with additional groups of claimants. Judge Lyons was lauded in the official court transcript for his dedication and commitment to achieving a resolution that benefitted all parties involved in the matter.

Cases Judge Lyons has mediated for the U.S. Bankruptcy Court for the District of Delaware include:

Prior to his appointment to the bench in 1999, he spearheaded the bankruptcy department of a major New Jersey law firm, primarily representing secured lenders and other creditors in corporate Chapter 11 cases. During the economic downturn and banking crisis of the late 1980s and early 1990s, he represented the Resolution Trust Corporation and the Federal Deposit Insurance Corporation (FDIC) in bankruptcy matters and commercial litigation. He also represented a bank in a multi-day arbitration of a contract dispute involving servicing of a $100 million portfolio of reverse mortgages.

Judge Raymond T. Lyons joined Fox in July 2013. With more than a decade of judicial service, he brings a wealth of experience to the Financial Restructuring & Bankruptcy Department. Notably, he presided over Zais Investment Grade Limited VII, an involuntary Chapter 11 case against a Cayman Islands entity that issued and invested in collateralized debt obligations. He served as visiting bankruptcy judge in the U.S. Bankruptcy Court for the District of Delaware where he presided over the Chapter 11 case of Montgomery Ward and the Chapter 11 case of Federal Mogul et.al. filed by more than 130 multinational companies with parallel insolvency proceedings in England involving billions of dollars in asbestos claims.

An active participant in bar activities, Judge Lyons is former chair of the New Jersey State Bar Association Pro Bono Services Committee. In 1999, he received the New Jersey State Bar Association’s Legislative Services Award for his work in spearheading the passage of a law providing counsel to indigent children and parents in guardianship and parental rights proceedings.

In 1997, Judge Lyons was recognized by Legal Services of New Jersey with the Equal Justice Award for his role as chair of the NJSBA Bankruptcy Law Section’s Pro Bono Bankruptcy Committee.

He was also an adjunct professor at his alma mater, Seton Hall University School of Law, for a significant period of time, teaching courses on banking law and legal writing.

Judge Raymond Lyons In the News: