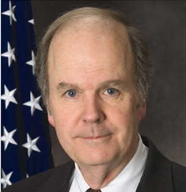 Judge Robert Bonner is both a former United States Attorney and former United States District Judge. He also has spent over half of his legal career in private law practice at two prominent law firms as a civil litigator and trial lawyer representing clients in high stakes civil litigation and representing corporations and individual in federal criminal and regulatory investigations.

In 1983, Judge Bonner was nominated to serve as the United States Attorney for the Central District of California. Before his appointment, Bonner had been a partner in Kadison, Pfaelzer, Woodard, Quinn & Rossi, a civil litigation firm in Los Angeles.

In 1988, Bonner was nominated to the United States District Court for the Central District of California. During his tenure on the bench, he presided over many trials, jury and bench, and also sat by designation on the United States Court of Appeals for the Ninth Circuit.

Judge Bonner resigned from the bench to accept an appointment as the Administrator of the Drug Enforcement Administration. In 1993, he joined Gibson, Dunn & Crutcher as a partner in its Los Angeles and Washington, D.C. offices where he specialized in complex civil litigation and white collar defense. As a trial lawyer, he has litigated cases involving high stakes contract disputes, antitrust treble damage claims, construction defects, environmental litigation, consumer class actions, fraud, insurance coverage, financial transactions, tax fraud, securities, and others.

Judge Bonner is a Fellow of the American College of Trial Lawyers and former Chair of the California Commission on Judicial Performance.