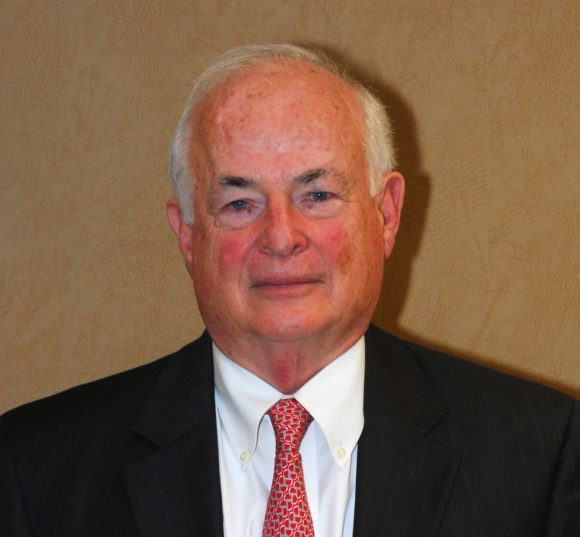 In 2005, created and undertook the management of In re Katrina Canal Breaches Consolidated Litigation which consisted of all of the litigation arising out of the failure of the levee system in the New Orleans area after Hurricane Katrina. This umbrella case had over 1,200 suits comprised of hundreds of thousands of claims. He rapidly, economically, and systematically adjudicated thereunder the legal issues necessary for determining liability and responsibility for the breaches of the levees and floodwalls surrounding Orleans, St. Bernard and Plaquemine Parishes, as well as, inter alia, insurance coverage and maritime issues.

Affiliations:  Member of the Advisory Committee on Appellate Rules to the Judicial Conference of the United States Courts from 1997 to 2003, the Council of the Louisiana Law Institute from 1996 to 2000, and the Fifth Circuit Judicial Council from 2004 to 2007.  Elected to the Louisiana Constitutional Convention of 1973 and served on the Committee to Write Rules of Procedure and the Committee on Executive Branch. Admitted to the Bar of the State of Louisiana, April 28, 1966.

Undertook the management of all of the litigation arising out the failure of the levee system in the New Orleans area after Katrina. Under the umbrella case noted above, at the height of the litigation, had over 1200 cases which comprised hundreds of thousands of claims against the United States Army Corps of Engineers, the State of Louisiana, all of the Levee Boards, the Responders, Insurers, Engineers and Contractors, Dredgers, and the Barge that allegedly caused the breaching of the Industrial Canal flood wall. As a result, the United States District Court for the Eastern District of Louisiana has systematically adjudicated in as rapidly and as economically as possible all of the legal issues necessary for determining liability and responsibility for the breaches of the levees and floodwalls surrounding Orleans, St. Bernard and Plaquemine Parishes.

Held that under the Due Process Clause and the Equal Protection Clause of the United States Constitution, it was unconstitutional to require persons who solely manufacture and sell caskets to be subject to licensing requirements for funeral directors and funeral establishments finding that such requirements were based solely on economic protectionism.

Denied of Limitation of Liability based on Captain’s negligence in bringing ship into port of New Orleans when port was in imminent danger of hurricane force winds.

Prohibited FEMA from wrongfully terminating a statutorily required Short-Term Lodging Program which would have resulted in the premature eviction of Hurricane Katrina evacuees from temporary lodging finding that such housing.

From its inception, Mr. Duvals law practice was varied and litigation intensive. he represented, as lead counsel, a cross-section of clients, including banks, electric cooperatives, governmental bodies, small business corporations and individuals which practice required the addressing diverse legal problems. His law firm’s practice involved mineral litigation, primarily representing plaintiff landowners; personal injury litigation, representing both plaintiffs and defendants, including maritime cases; contract disputes; property disputes; insurance questions; successions; drafting of wills and trusts; corporate law; utilities law; local governmental law, and domestic law. He appeared in both state and federal court in approximately sixty appellate cases including appearances before the Louisiana Supreme Court and the United States Court of Appeals for the Fifth Circuit. Some of these cases involved significant issues of law and are cited as precedent.

During his last ten years at the firm, he concentrated on mineral litigation, personal injury litigation and commercial litigation. In addition, from 1988 to 1993, he served as Parish Attorney for the Terrebonne Parish Consolidated Government which required representing the parish at trial, drafting legal opinions and drafting ordinances.

He served as a member of the Board of Directors for the First National Bank of Houma (now owned by Whitney Bank) from approximately 1982 to 1990. He was also a member of the Executive Committee of the bank.

Member, Committee on the Unauthorized Practice of Law of the Louisiana State Bar Association, 1979- 1976

Member, Board of Directors of First National Bank of Houma, Louisiana, 1990-1980

Past Vice President and Board Member, Kiwanis Club

The James J. Buquet, Jr. Award of Distinction 2014 (awarded by the Terrebonne Foundation for Academic Excellence)