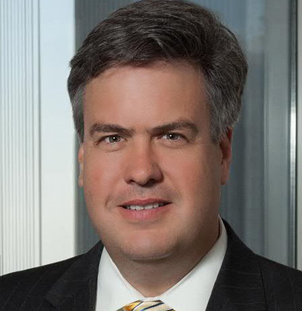 Judge Stephen Larson brings more than 21 years of litigation experience, including serving as Assistant US Attorney in the Criminal Division in Los Angeles where he led 24 criminal trials and received the US Department of Justice Director’s Award for Superior Performance.

A respected and accomplished jurist, he served as a US Magistrate Judge and then, upon elevation, as a US District Judge in the Central District, where he presided over a number of high-profile cases, including United States v. Nazario, a landmark Military Extraterritoriality Jurisdiction Act case involving US Marines accused of manslaughter during the Battle of Fallujah in Iraq; and United States v. Duros, in which he blocked the US Bureau of Indian Affairs’ decade long effort to close down and expel a major migrant worker camp on the Torres Martinez Indian Reservation in the Coachella Valley, home to thousands of migrant farm workers, and turned the operation of the settlement over to a court-appointed receiver.

Judge Stephen Larson also negotiated, approved, and supervised the consent decree entered into by the County of San Bernardino in John Doe v. County of San Bernardino, which resulted in systematic reform of educational and therapeutic services for disabled youths within the county juvenile hall system, as well as determined the ownership of the copyrights to the iconic comic strip Superman in Siegel v. Warner Bros. Entertainment, Inc. While serving on the federal bench, Judge Larson also sat by designation on the US Court of Appeals for the Ninth Circuit, participating in approximately 40 decisions.

Judge Stephen Larson shares an active involvement in international investigations and establishment of the rule of law in developing countries. Along with Mr. O’Brien, he was a founding member of the executive board of the US Department of State’s Public-Private Partnership for Justice Reform in Afghanistan, traveling to that war-torn nation to meet judges, prosecutors, and other government officials. While serving as chief of the organized crime section of the US Attorney’s Office in Los Angeles, Judge Larson worked with foreign law enforcement agencies conducting joint investigations that took him to Russia, Kazakhstan, Estonia, Latvia, Poland, the Ukraine, and South Korea. As a federal judge he was actively involved in promoting the rule of law and combating corruption in developing countries, including Uzbekistan, Croatia and Rwanda.

He is the Distinguished Jurist in Residence and a member of the Board of Visitors at the University of La Verne College of Law, where he has taught classes on federal courts, conflicts of law, civil rights, international law, criminal procedure, and professional responsibility since 2002. Judge Larson was appointed by founding Dean Erwin Chemerinsky to serve on the Dean’s Advisory Council for the newly chartered law school at the University of California at Irvine.