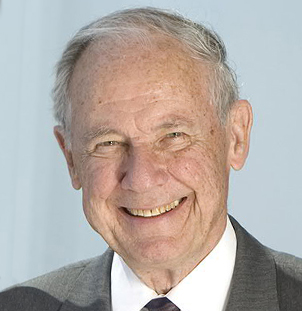 Judge Limbaugh has had extensive experience in federal courts having served as a U. S. District Judge in the Eastern and Western Districts of Missouri from 1983 to 2008. During his 25 years as a federal judge, by designation, he has tried cases in Arkansas, Illinois, Iowa, and Texas and has set with the 5th, 8th and 11th Circuits. He engaged in the general practice of law in Cape Girardeau, Missouri from 1951 to 1983 trying cases in both state and federal courts and on appeal.

Near the end of World War II, at the age of 17, Limbaugh enlisted in the U.S. Navy and served for 18 months. He holds a B.A. in history from Southeast Missouri State University and a J.D. from the University of Missouri at Columbia, Missouri.

Judge Stephen Limbaugh was a member of the House of Delegates of the American Bar Association for four years and was President of the Missouri Bar in 1982. He is a member of the American Law Institute and has received numerous awards as a lawyer and judge. In 1982 he was listed in the First Edition of the Best Lawyers in America by Stevens Naifeh & Gregory White Smith in the field of Corporate Litigation in Missouri.