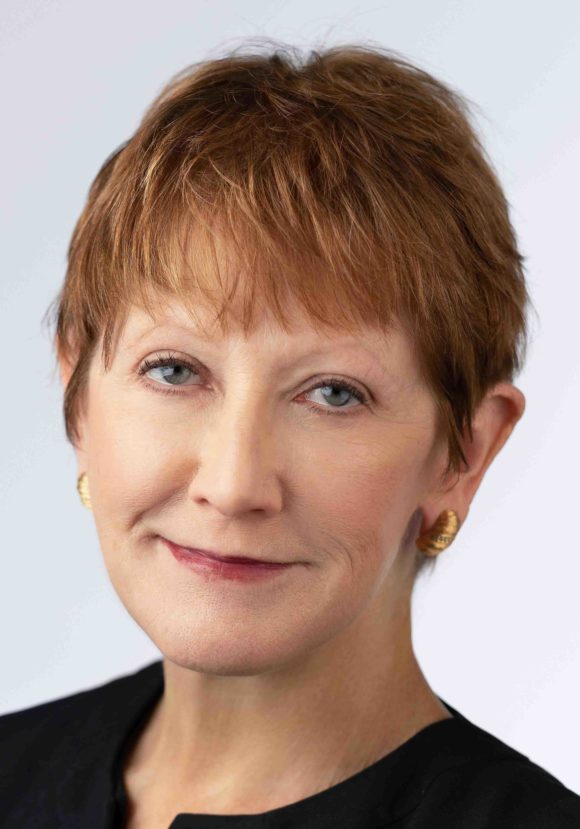 Judge Susan G. Braden was appointed in 2003, by President George W. Bush, to the United States Court of Federal Claims which has exclusive jurisdiction over cases against the federal government arising from: breach of contract/false claims; bid protest; patent and copyright infringement; land, water, and certain environmental disputes. On March 13, 2017, she was designated as Chief Judge. Since her retirement from the federal bench, she has been appointed as a Public Member of the Administrative Conference of the United States, a Fellow of the American Bar Association, and to the Board of Directors of privately- held companies in the software, artificial intelligence, and construction industries. Judge Braden recently was designated as one of ten U.S. Arbitrators to resolve disputes arising under the USMCA (United States-Mexico-Canada-Agreement) Treaty and has joined the Antonin Scalia Law School at George Mason University as an Adjunct Professor in the Center For Intellectual Property Protection.

In September 2022 Judge Braden was admitted into the Academy of Court-Appointed Neutrals. On December, 22, 2020 Judge Susan G. Braden, former Chief Judge of the U.S. Court of Federal Claims, was appointed to the United States Patent and Trademark Office (USPTO) Patent Public Advisory Committee. She serves on the Artificial Intelligence, International Committee, and is Chair of the Legislative Committee.

The Public Advisory Committee for the USPTO was created through the Patent and Trademark Office Efficiency Act statute. To advise the Secretary of Commerce and the Under Secretary of Commerce for Intellectual Property and Director of the USPTO on the management of patent and trademark operations. The Public Advisory Committee reviews the policies, goals, performance, budget, and user fees of the patent and trademark operations.

In June of 2020, Judge Braden was selected to serve as a dispute settlement panelist pursuant to Chapter 31 of the United States-Mexico-Canada Agreement.

Judge Braden issued 456 published opinions and awarded over $800 million in damages. Many of these cases were of first impression e.g., changing the standard of review in Vaccine Act cases; defining the scope of the Federal Acquisition Regulation “Rights in Data-General Clause;” recognizing indirect independent R&D costs in military contracts; awarding several utility companies multi-million dollar damages for breach of nuclear waste disposal contracts; authorizing four major oil companies $99 million in CERCLA costs, under a “hold harmless” clause; awarding a major oil company damages for Department of Energy misconduct in the allocation of California oil reserves initially valued at $437 billion. She also adjudicated patent infringement cases concerning night vision goggle and drone retrieval technologies that resulted in multi-million settlements. She also defined the parameters of a “willful” violation of Foreign Financial Transactions Act. And, Judge Braden handled such cutting-edge bid protests, as: the first federal contract for cloud computing services worth $60 million; blocking the continued purchase of Russian-made rocket engines used to boost military satellite launches and oversaw the renegotiation of “block buy” contracts to launch national security payloads that resulted in $40 billion savings to the Air Force, according to the Washington Post. In 2018, she determined that claims alleging the taking of collateral securing $3 billion of Puerto Rico pension bonds was subject to the jurisdiction of the United States Court of Federal Claims, on constitutional grounds.

In 2018, the Howard University Law School recognized Judge Braden for “The Advancement of Intellectual Property Law.” In 2017, she was appointed to the U.S. Administrative Conference’s Judicial Review-Agency Guidance Project. Judge Braden was one of ten members of the Judicial Advisory Board that reviewed and edited the Federal Judicial Center’s Patent Case Management Judicial Guide, 3rd ed. (2016). In 2015, the American Law Institute named her as one of seven Judicial Advisors to the proposed RESTATEMENT OF THE LAW ON COPYRIGHT. In 2013, Judge Braden was named to the American Intellectual Property Law Association’s Judge’s Special Committee and Chair of the Court’s Advisory Council’s Intellectual Property Committee to draft the Court’s new Patent Rules. In 2012, she received the Linn Inn Alliance Distinguished Service Medal at the NY Intellectual Property Lawyers Association Annual Dinner. In 2012, she was named Chair of the ABA’s Section of Intellectual Property Law Task Force on Small Patent Claims. During 2010-11, Judge Braden served as President of the Giles S. Rich American Inn of Court, affiliated with the Federal Circuit. From 2009-12, she served on the ABA’s Judges’ Standing Committee on Ethics and Professional Responsibility. In 2007, she was elected as a Member of the American Law Institute and worked on the RESTATEMENT OF LAW THIRD, RESTITUTION AND UNJUST ENRICHMENT and, in 2004, was recognized as a Senior Fellow of the ABA’s Administrative Law and Regulatory Section.

Judge Braden began her legal career in the Department of Justice’s Antitrust Section, where she led grand juries and litigated criminal price-fixing and merger cases. In 1981, she joined the Reagan Administration, serving as Counsel to two Chairmen of the Federal Trade Commission. In 1984, she entered private practice, representing clients in litigating statutory, administrative, and constitutional cases before federal and state trial and appellate courts. In particular, her work litigating transformational copyright and trade secret cases concerning computer software in the United States and France received favorable notice in the Wall Street Journal, New York Times, and National Law Journal. She also represented small and mid-sized manufacturing firms before almost every federal agency, testified before Congress, served as a Special Assistant Attorney General for the State of Alabama, and was a principal lobbyist for the Emergency Oil and Steel Loan Guarantee Act of 1999, that established a $1 billion federal loan guarantee program to assist bankrupt and troubled steel mills and small oil companies.

Judge Braden received a B.A. degree (1970) and J.D. degree (1973) from Case Western Reserve University. She also attended post graduate courses at the Harvard Law School in the summer of 1978 and will complete a Certificate in Business Administration from Georgetown University in 2020.