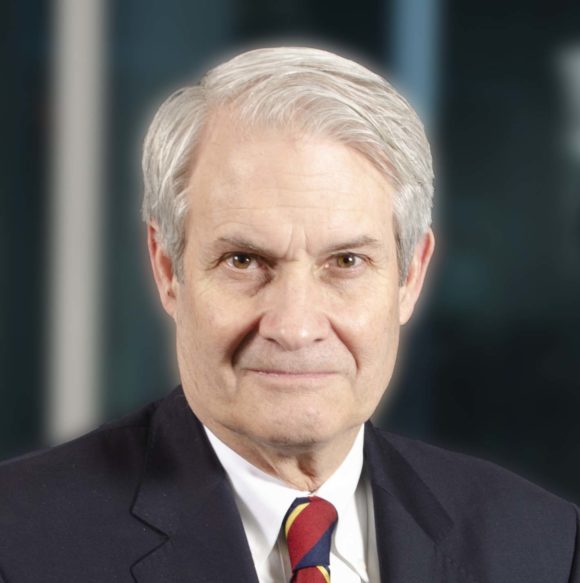 Judge Thomas B. Griffith (Retired)
U.S. Court of Appeals for the District of Columbia Circuit

Judge Thomas B. Griffith, served as a federal judge on the United States Court of Appeals for the District of Columbia Circuit from 2005–2020. The Washington Post has described him as “widely respected by people in both parties” and a “sober lawyer with an open mind.” Judge Griffith is now focusing his practice on appellate litigation, congressional and internal investigations, and strategic counseling.

Judge Griffith began his legal career in private practice before serving for four years as Senate Legal Counsel, the nonpartisan chief legal officer of the United States Senate (1995–1999). In this capacity, he represented the interests of the Senate in litigation as well as advising Senate leadership and committees on investigations. After a brief return to private practice, Judge Griffith served for five years as General Counsel of Brigham Young University, the largest religious university in the country.

As a member of the DC Circuit, Judge Griffith was the author of approximately 200 opinions on a range of matters including administrative, environmental and energy law, and congressional investigations. He was appointed by the Chief Justice of the United States to serve on the Judicial Conference’s Committee on the Judicial Branch, which involves the judiciary’s relationship to the Executive Branch and Congress, and the Code of Conduct Committee, which sets the ethical standards that govern the federal judiciary. Judge Griffith is a Lecturer on Law at Harvard Law School, and has held the same faculty position at the law schools at Stanford and Brigham Young Universities. He has long been active in rule of law projects in Eastern Europe, Eurasia, Asia and domestically.

Held that FERC considered substantial evidence that a proposed tariff to collect charges associated with new services and FERC’s decision to approve that tariff was rational. We also find that FERC’s conclusion was not inconsistent with its prior determinations because, as the Commission has explained, new evidence was before it. Court of Appeals therefore deny the petition.