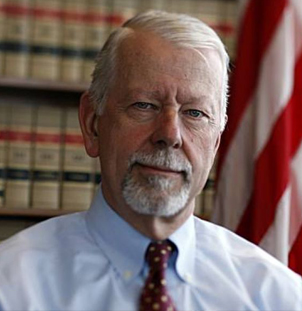 Judge Vaughn R. Walker was a United States District Court Judge, Northern District of California, from February 1990 through February 2011. The court is headquartered in San Francisco. In April 2011, Judge Walker returned to private practice focusing on arbitration and mediation services.

From 1971 to 1972, Judge Walker was law clerk to the Honorable Robert J Kelleher of the United States District Court in Los Angeles. From 1972 to 1990, he practiced law with Pillsbury Madison & Sutro (now Pillsbury Winthrop Shaw Pittman) in San Francisco, becoming a partner in 1978.

“Judge Walker is superb in every respect and I am happy to share that view with any one.”

In 2000, Judge Walker was assigned by the Judicial Panel on Multidistrict Litigation to handle a series of cases arising out of claims by former prisoners of war; resolution of the claims required interpretation of provisions in the 1951 Treaty of Peace entered into by the United States, Japan and other nations. In re World War II Era Japanese Forced Labor Litigation, 164 F Supp 2d (ND Cal 2001), affirmed sub nom Deutsch v Turner Corp, 317 F 3d 1005 (9th Cir 2003), reh denied, 324 F 3d 692; certiorari denied 540 US 820 (2003).

Judge Vaughn Walker has also handled numerous securities cases and class actions as well as cases involving the interplay of domestic and international law governing compensation of tort victims. The latter include, among others, In re Air Disaster Near Honolulu, Hawaii on Feb 24, 1989, MDL No 807, 792 F Supp 1541 (ND Cal 1990) and In re Deep Vein Thrombosis Litigation, MDL No 04‐1606 (ND Cal 2007), both multi-district dockets assigned to Judge Walker.

In twenty-one years on the federal bench, Judge Walker handled about 8,000 cases, more than 250 trials, numerous settlement conferences and sat by designation on the United States Courts of Appeals for the Ninth Circuit and the Federal Circuit. Judge Walker currently teaches a complex litigation course at the University of California Berkeley School of Law.

Judge Vaughn Walker served as a member of the Civil Rules Advisory Committee of the Judicial Conference of the United States, is the former chair of the St Francis Foundation, a member of the American Law Institute and other professional organizations. He is a former member of the California Law Revision Commission, president of the Lawyers’ Club of San Francisco and judicial representative of the American Bar Association Section of Antitrust Law.