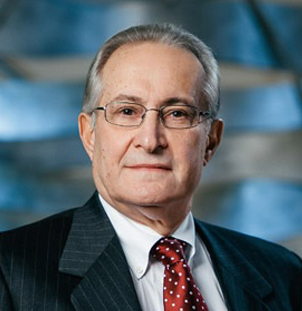 Justice Dibiaso has broad experience as an attorney, trial court judge, appellate justice, and neutral in civil cases at all levels of dispute resolution -- alternate, administrative, trial and appellate -- in both state and federal jurisdictions.

As a practicing attorney with the firm of Thomas, Snell, Jamison, Russell, Williamson & Asperger (1970-1985), he specialized in business litigation, including antitrust, securities, agricultural, corporate and construction industry matters. He acted as counsel for the client in jury and non-jury trials in state and federal courts and in administrative hearings before state and federal commissions and boards, and in addition represented clients in state and federal appellate courts. He was also involved in transactional and preventative construction industry and antitrust law, such as the preparation of construction contracts and subcontracts, the planning and review of construction job administration procedures, and giving antitrust compliance advice.

Justice Dibiaso’s experience as a lawyer in construction cases included acting as:

Justice Dibiaso has also served as an arbitrator for the American Arbitration Association’s Construction Panel and Commercial Panel (1976-1985).

Justice Dibiaso was appointed as a Justice of the Court of Appeal of California, Fifth District, in 1989. In that capacity, he participated in the appellate disposition of more than 4000 cases, including appeals and writ proceedings. He authored more than 1200 civil and criminal appellate opinions, including 80 published opinions. He served as the Assistant Presiding Justice of the Court (2001-2006) and sat as a Justice pro-tem on the California Supreme Court (January 1999). He retired from the Court in 2006.

Justice Dibiaso is currently Of Counsel to the Fresno law firm of Dowling Aaron Incorporated, and serves as an independent arbitrator, mediator, special master, and referee and as a consultant for Appeals and Writs. He is a Fellow of the College of Commercial Arbitrators, a Member of the California Academy of Appellate Lawyers, and a Member of the American Arbitration Association’s Judges Panel, Large Complex Case panel, Commercial Case panel, and Appellate panel. He has an “AV” Martindale-Hubbell rating and is a Daily Journal Northern California “SuperLawyer.”

Since 2006, Justice Dibiaso has served as an Arbitrator in a multitude of cases, including:

Since 2006, Justice Dibiaso has served as a Court Appointed officer in a variety of cases, including as:

Justice Dibiaso has particular knowledge and experience in matters involving corporate and partnership disputes and dissolutions, valuations of real and personal property and business entities, and complex accounting and/or damage calculation issues with respect to public and private business entities.

Justice Dibiaso was an Assistant Adjunct Professor of Law at the San Joaquin College of Law, where he taught a course entitled “Antitrust and Trade Regulation Law.” He has also participated as an instructor or panel member for a multitude of civil litigation, discovery, arbitration, trial and appellate practice and substantive law (including construction, antitrust, and arbitration) educational programs, involving both federal and state law topics and sponsored by a variety of organizations, including the California Judicial College, the Center for Judicial Education and Research (CJER), the California Bar Association, the California Continuing Education of the Bar (CEB), the San Joaquin College of Law, the Court of Appeal for the Fifth Appellate District, the American Arbitration Association, the Rutter Group, the Construction Specifications Institute, and the Associated General Contractors of California.