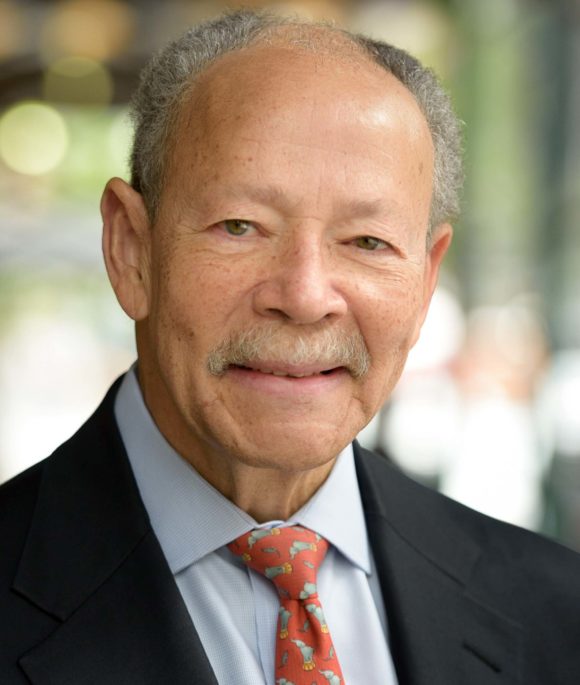 The Honorable O. Peter Sherwood (Ret.) retired from the bench in 2021 where he was a Justice of the New York State Supreme Court, New York County, assigned to the eight member Commercial Division. The Commercial Division is a highly regarded branch of the Court that handles complex commercial cases – many of national and even international importance – involving business disputes exceeding $500,000. Sherwood also served on the Court of Claims, which is the only state court authorized to decide claims brought against the State of New York.

Before beginning his judicial career, Sherwood was a partner in a large national law firm where he handled complex commercial matters. He also served as Corporation Counsel of the City of New York, where he was the City’s chief legal officer and oversaw a staff of 700 lawyers. Previously, he was Assistant Counsel of the NAACP Legal Defense and Educational Fund, Inc., where he litigated precedent-setting civil rights matters. He also served as Solicitor General of the State of New York overseeing and arguing appellate litigation on behalf of the State and State institutions. During this phase of his career, Sherwood successfully argued a major civil rights case and a major First Amendment case before the United States Supreme Court.

Since returning to private practice, Sherwood has focused his practice on service as a neutral, presiding over arbitrations, mediations, and other proceedings requiring an experienced, independent, and impartial decision-maker.  Among other things, within the past year, Sherwood has presided over several arbitrations and mediations under the auspices of the American Arbitration Association and the International Center for Dispute Resolution, where he is a member of the commercial and employment panels of arbitrators and mediators.

Justice Sherwood is a graduate of Brooklyn College of the City University of New York (1968) and of the New York University School of Law (1971).